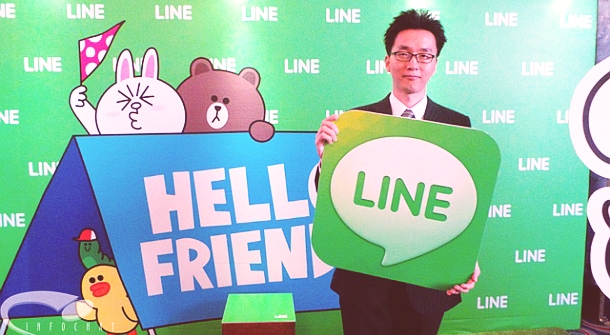 The Line Messaging App has incorporated more than 10,000 emoticons and stickers, which have been very attractive to many users of the app. The stickers have been influential in making certain that users can express a variety of emotions through using different stickers and emoticons. This aspect has also set the app apart from other messaging apps primarily because other apps have a limited number of emoticons. The users can easily find these stickers and emoticons from Line’s Sticker Shop and they can choose a variety of original stickers developed for Line. The users can also use the Sticker Shop to fine other world-famous character stickers.

The Line Messaging App has also developed other features that have kept it ahead of its competitors. For instance, Line allows the users to share photos and videos like other messaging apps. However, it has also incorporated other features that can be shared with friends that include voice messages, location information, and contacts.

This website uses cookies to improve your experience while you navigate through the website. Out of these, the cookies that are categorized as necessary are stored on your browser as they are essential for the working of basic functionalities of the website. We also use third-party cookies that help us analyze and understand how you use this website. These cookies will be stored in your browser only with your consent. You also have the option to opt-out of these cookies. But opting out of some of these cookies may affect your browsing experience.
Necessary Always Enabled
Necessary cookies are absolutely essential for the website to function properly. This category only includes cookies that ensures basic functionalities and security features of the website. These cookies do not store any personal information.
Non-necessary
Any cookies that may not be particularly necessary for the website to function and is used specifically to collect user personal data via analytics, ads, other embedded contents are termed as non-necessary cookies. It is mandatory to procure user consent prior to running these cookies on your website.
SAVE & ACCEPT
Posting....